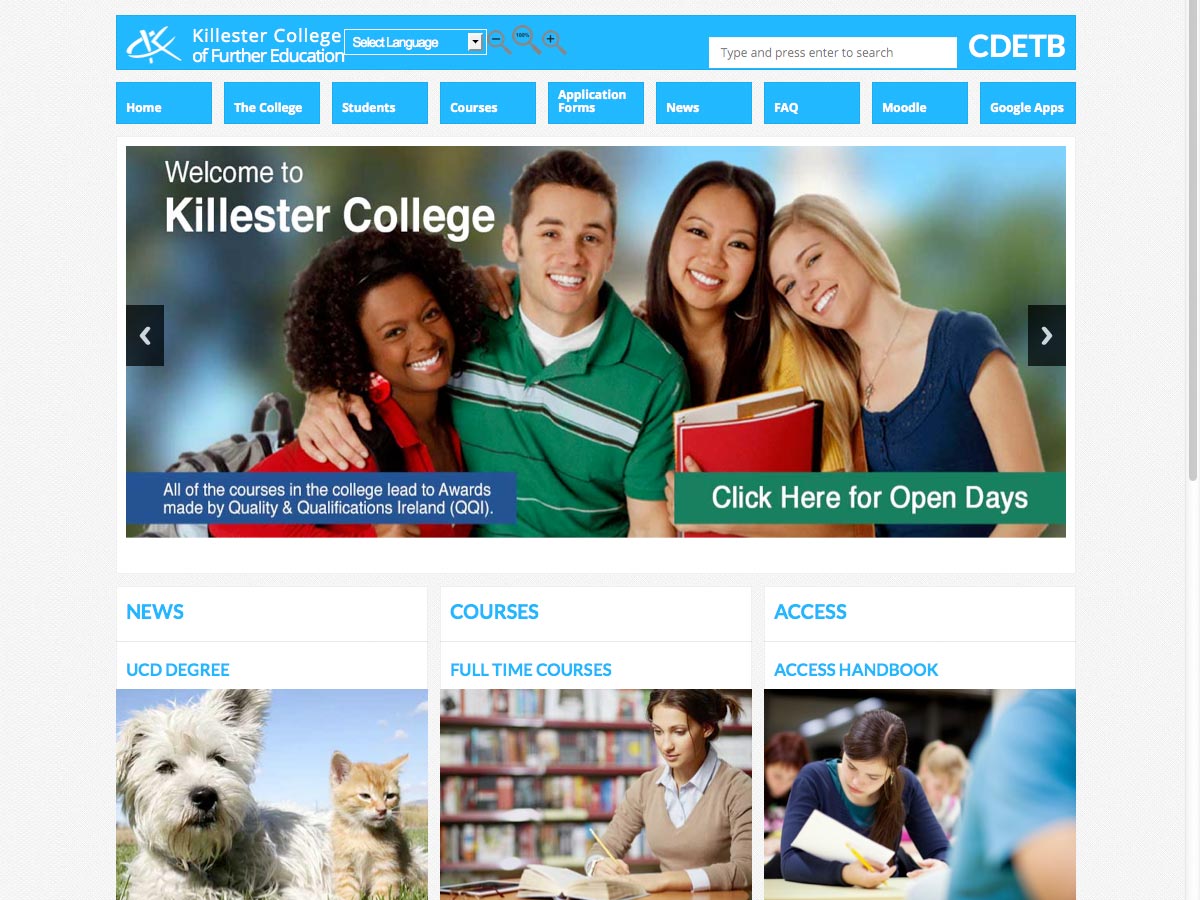 Killester College of Further Education came to us three years ago with an major networking issue. Basically their network had ground to a halt. The Server was overloaded with profiles for Staff and Students. It was running Microsoft Exchange and separate heavy software for the filtering and protection of email. All access to the outside world was being filtered through the proxy server setup that Server 2003 was running. Every PC were constantly checking with the server for Anti Virus updates and all printing was being run from a Print Sever within too. All this along with normal Active Directory, DNS and DHCP services that you would expect any server to be doing.

This was just far too much for any Small Business Server to be doing. As the academic year had already started, we needed to slowly replace services that were in place with cloud based ones and this eventually relieved enough pressure